I was contracted as an Animator through the Imaging Research Center at University Baltimore Maryland County on Water Falls, a film produced out of NASA Goddard Space Flight Center. This is the trailer for the film itself. The full film will only play on designated spherical projection screens globally. Water Falls abstracts the complex mechanics of the Global Precipitation Measurement Mission, and explores the diversity of phenomena inherent to the water cycle.

This was probably one of my favorite projects of all time to work on. Not only was it challenging to wrap your head around how to tell a story around a sphere (remember, no exits stage left or right), but you’d find yourself problem solving animation techniques to alleviate the “lack” of perspective (it kind of does not work on a spherical surface from many viewing angles). A lat-long mental ray shader and virtual camera rig were used to flatten out the image so it would perfectly render out scene files to wrap around a sphere with no seems. The rig I developed help allow a better understanding of where the animation was going to fall on the sphere.

I was brought on originally to do some simple farm scenes with tractors and plant cycles, but Ryan Zuber (Lead Animator) and Dan Bailey (UMBC IRC Director) felt that my character modeling/rigging/animating would be better suited for the shots involving more complicated scenes that involved cranes. Figuring it would be a focal point in several scenes, I developed a robust crane rig that had built in animation for proper wing folding and wing flapping. I also custom built a rig to handle the individual feathers to help give them believable, flexible motion. I also worked on developing some MEL tools to help with copying one side of the rig to the other side of the bird, saving what could have taken weeks to duplicate in just a few hours.

In addition to the crane scenes, I worked on an additional shot showing the different stages of precipitation that occurs within a cloud structure. Some MEL tools were developed to create baked-lighting onto square polygons distributed along a cloud-like shapes – making rendering MUCH faster, but also helped with giving a feeling of brush stroked textures that couldn’t be achieve with simple particles. The targeting system was built as a shader and rigged to allow for easier animation within Maya.

Producer/Director Michael Starobin (HTSI) of Water Falls gave much leeway creatively, allowing a bit of my own story telling within the shots I produced. All shots I worked on were rendered out using mental ray passes and heavily composited to give a sumi-like feel to the shots I worked on within After Effects.

The following are credits to the production crew. 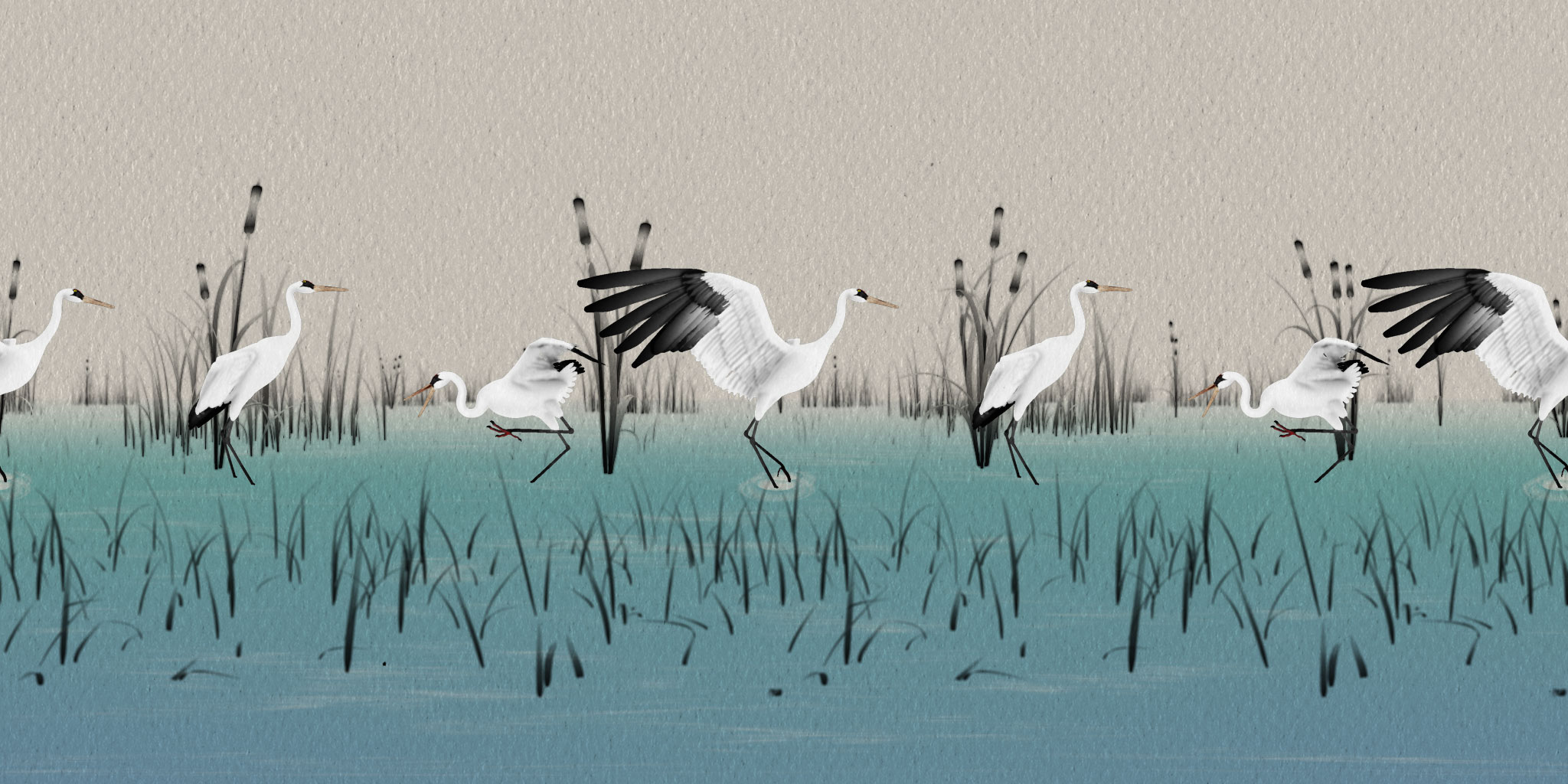 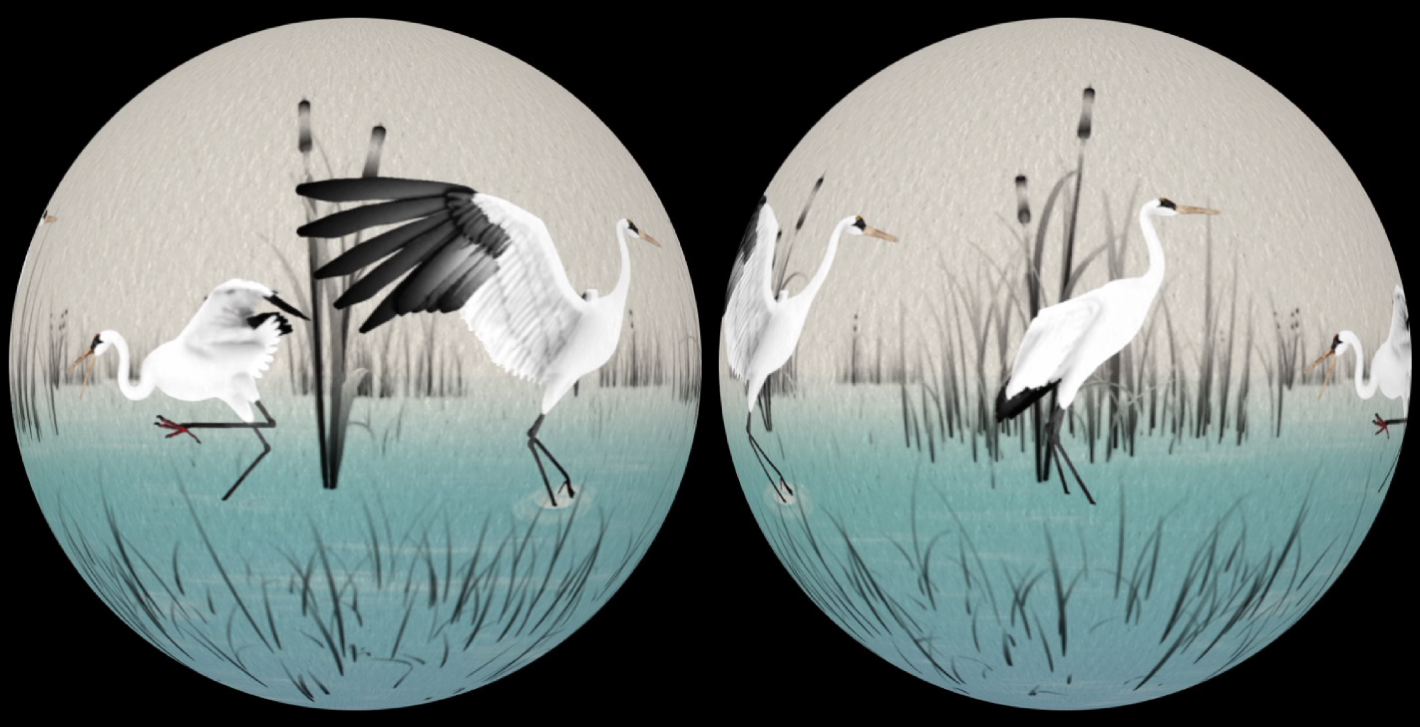 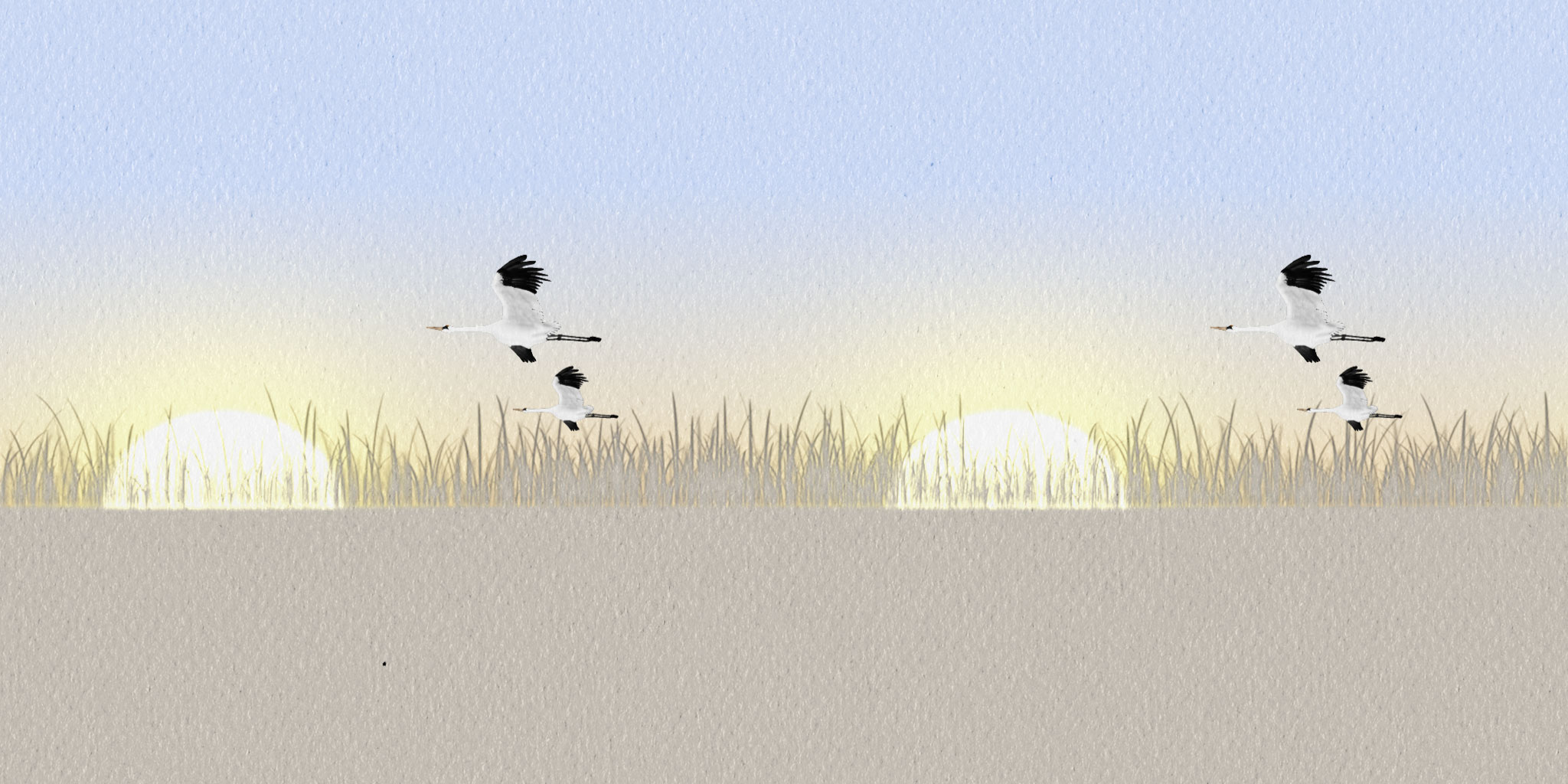 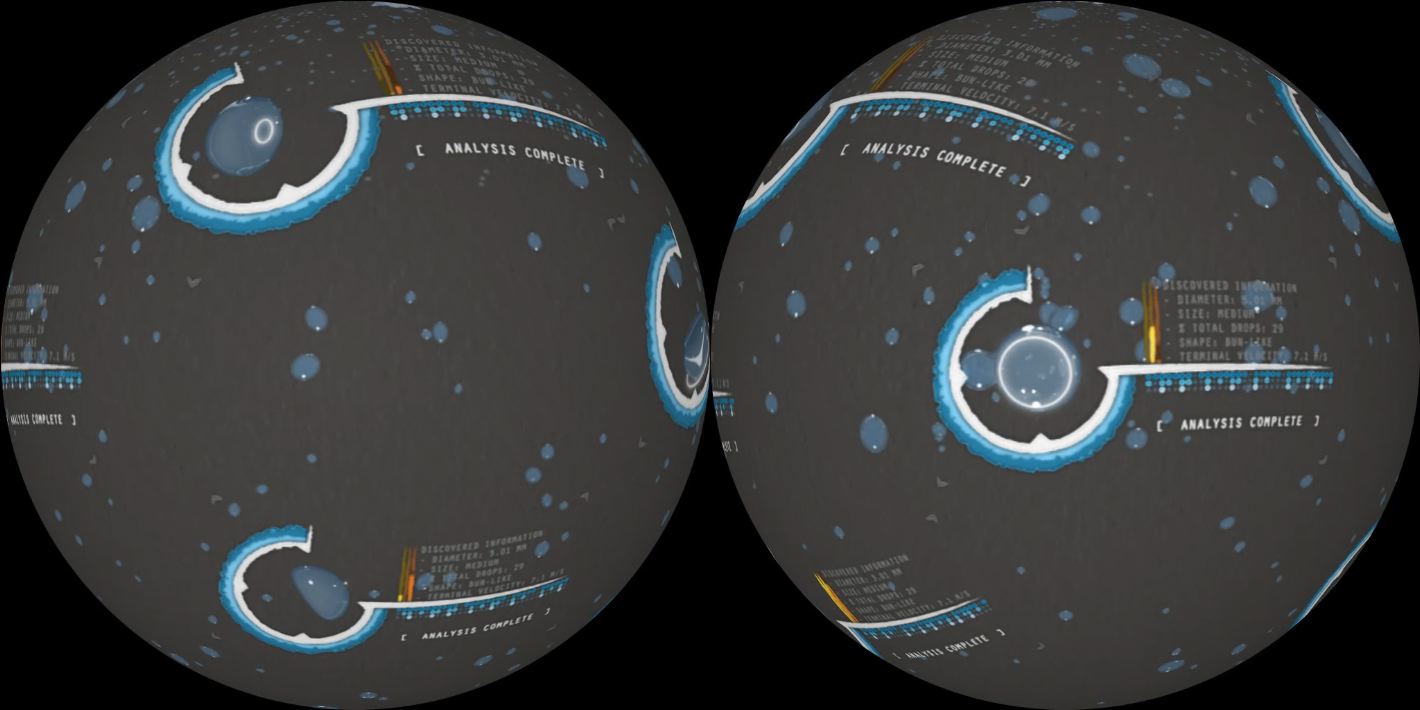 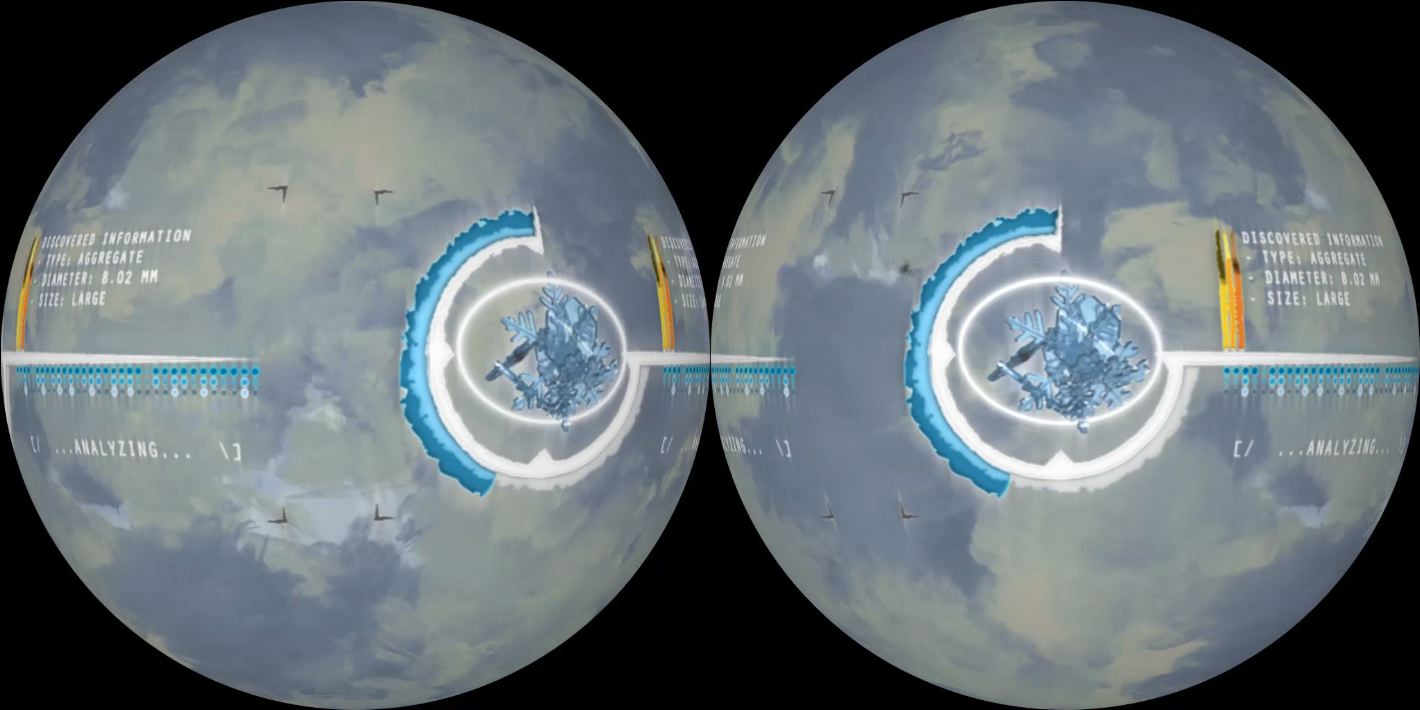 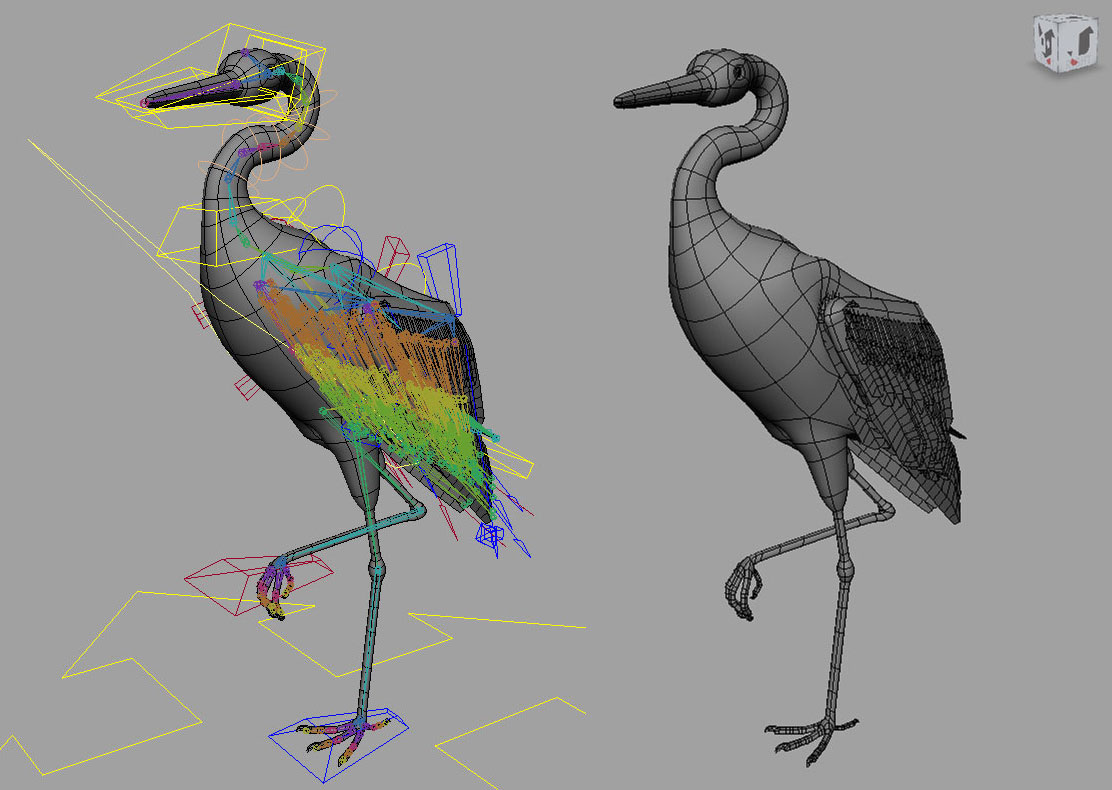 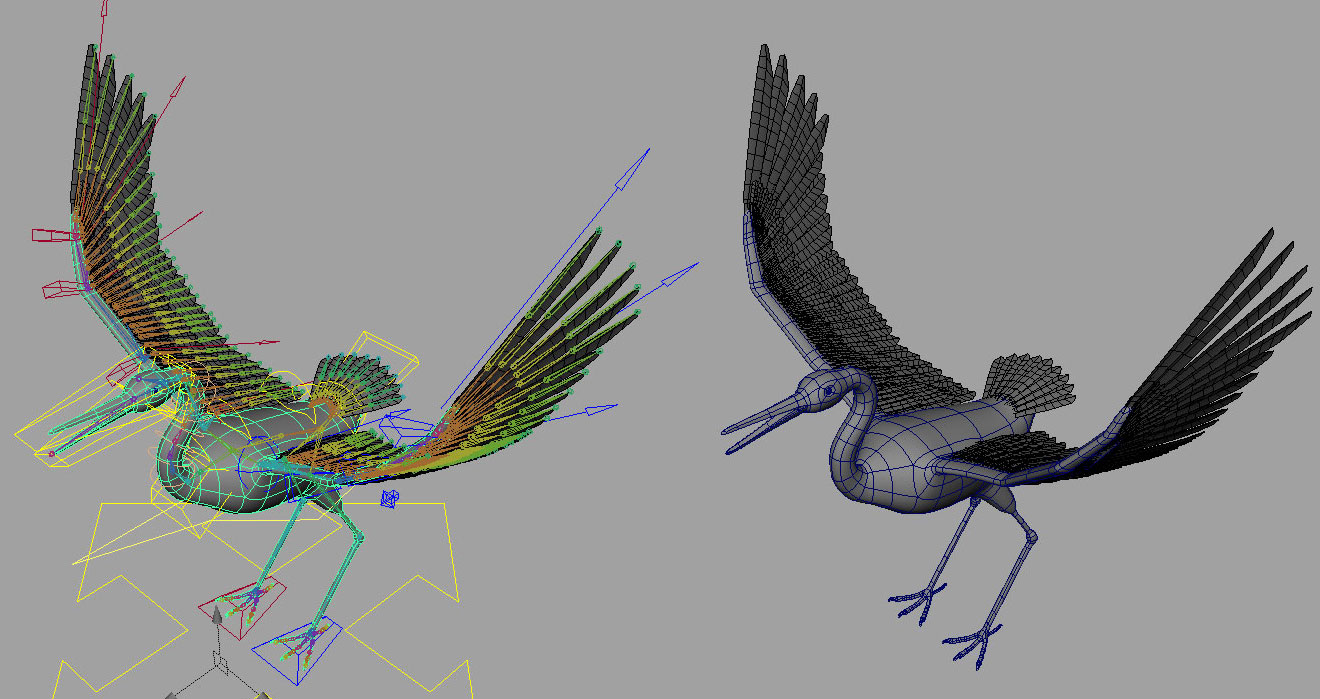 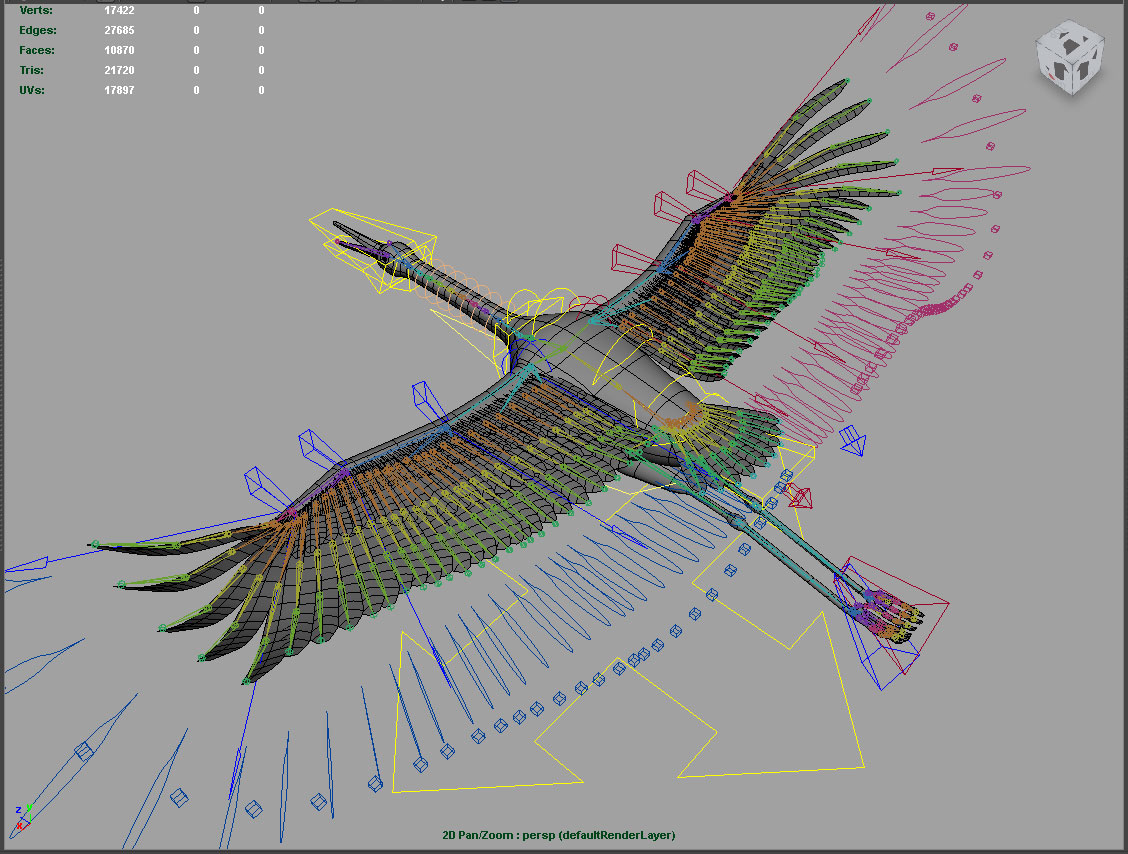